During the last SEPG Europe Conference held in Oporto I had the opportunity to talk with Vasco Ferreira, CEO of Ambisig. We talked about their implementation of CMMI for Services and what are the factors that contribute to the success of this projects.

Length: – 16:45m
You can download the show (in english) or subscribe the podcast feed (mainly in portuguese). 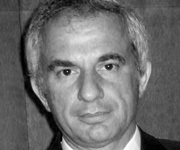 Vasco Ferreira started by explaining why it is important for Ambisig to have this and other certifications. According to him, one of the goals is to ensure a higher level of quality in their products but also because of the need of having good management tools that help monitor and control their production.
The small scale of the portuguese market and the need to increase foreign awareness was also mentioned as one of the key factors that led Ambisig through this certification path.
Neverthless in Portugal quality is still a bit undervalued. In the words of Vasco Ferreira “the market in Portugal speaks a lot about quality (…) but in the end of the day the market doesn’t perform in a way that gives value to the certification”.

Vasco Ferreira described also what he thinks was the reason for the success in the implementation of this certification. He started by the importance of the sponsorship of the top level management, the excellence of the quality department that even managed to transform itself in a very lucrative department providing services for other companies, and finally the partners they chose to help them implement the CMMI certification.

The importance of choosing a good consultancy company is high because there needs to be a confidence based relationship between companies. Vasco Ferreira compares this relation as the relation that you would have with a lawyer. Full confidence so that the consultancy company can better do their job in supporting all the certification process. This was the type of relation that they managed to have with Strongstep not only at a technological level but also on team integration.

Having started with a gis solution, Ambisig now defines itself as a software development company with solutions for egovernment, banks (real estate evaluation models), managing infrastructures, etc.
Ambisig is based in Óbidos, Portugal and operates also in Spain, Angola and Mozambique.

Disclaimer: this interview was made possible with the support of Strongstep – Innovation in Software Quality. Strongstep is a consultancy firm within process improvement, namely in the CMMI/TSP field and attracted the SEPG Europe event for the first time to Portugal, sponsoring what is the largest software engineer conference in Europe.

This series is sponsored by Portic  – Think Tank for Portuguese Internationalization

Portic was created in March 2010 as a non-profit organization. It is a “think tank” for the internationalization of technology-based Portuguese companies. It comprises a team of experts, leaders, entrepreneurs, national governments and international representatives (Swedes, Finns, Americans, French and Canadian).